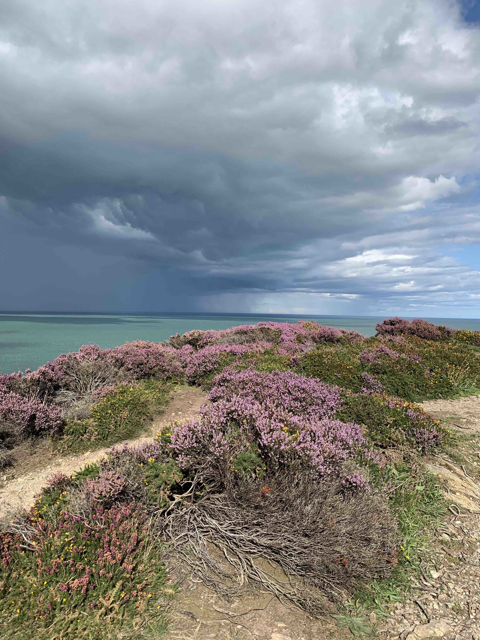 Jill Williams traveled many places during her three-month sabbatical. Upon her return in early October, she was full of gratitude. “I feel incredibly satisfied,” she said. “I wondered if I was potentially doing too much. But I felt God’s favor throughout my sabbatical. It wasn’t too much; it was perfect.”

The pleasant flow of Jill’s time away was almost a surprise. “It wasn’t intentional, but I ended up retracing my steps of the past two decades and connected with my inner circle.  I connected with my two dearest friends with whom I intentionally follow Jesus; I met with pastors and mentors who are part of my formation. The relational time was so rich. The travel, the study time, worshiping in a variety of places were all truly life-giving. I am oozing with gratitude for this time.”

Before her time away, Jill had a four-fold focus:

Did Jill reach her goals? She provided a quick rundown of her travel and the specific reason for each stop.

“I went to Florida to connect with family. In Huntsville, Ala., I connected with my primary spiritual mentors. I was on the West Coast for two-and-a-half weeks, and that included Hawaii. I spent precious time with my friends Steve and Nancy Norris, who are like family. I traveled with their family to Hawaii, which was amazing. I also spent time reading, reflecting and journaling in their backyard, which is one of my thin places.”

Jill then spent several days being “Aunt Jill” in Florida with her niece while her sister took her nephew to college. “That was a gift to be with Erin,” she said, adding that it also gave her some alone time to read up for her class at Oxford. Jill was charged with reading 15 books by or about C.S. Lewis, or about 3,000 pages.

In her final month, Jill spent time in Ireland, Scotland and then onto Oxford for her class, which was offered through Fuller Seminary.

“The 11 days I spent in Ireland was the longest I stayed anywhere during my sabbatical,” Jill said. 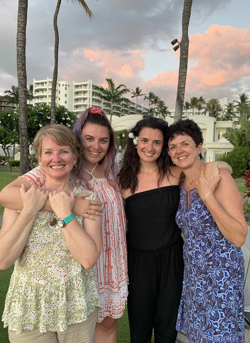 Jill’s week on Hawaii with the Norris family was a gift, she said. “Hawaii was a beautiful week – the sunsets, God’s natural world, the beauty of God’s creation. I’ve never seen the Milky Way like I did in Hawaii.”

Jill said the time change enabled her to have some “precious” devotional time. Due to the time change, Jill was never able to sleep later than 5:30 a.m. while in Hawaii. “That turned out to be a beautiful time with the Lord each morning that I spent journaling and in scripture. God’s Word was very alive for me.”

Another highpoint of Jill’s sabbatical was worshiping with the wider Body of Christ, seeing what God is doing in other parts of the world. “I worshipped at a congregational church in Hawaii. There were 12 people there; the preacher preached in socks; the liturgists were barefoot,” she laughed, commenting on how different that was from Covenant. “The service was bi-lingual, in Hawaiian and English. The congregation says their mission statement in worship every Sunday. The statement was lovely and long. Part of it was ‘to share God’s aloha from generation to generation.’”

Aloha, when translated, means sharing the face, or breath, of God from generation to generation, Jill added.

Jill reconnected with her college roommate Vicki in Maynooth, Ireland. “Vicki and her husband are involved in church planting, as well as mentoring and apprenticing young adults. They work alongside local Irish leaders and have 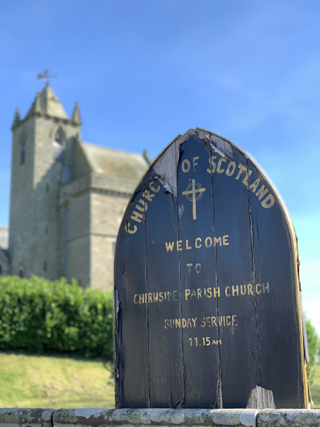 been a part of the first Protestant church plant in Ireland in 100 years.

Jill was able to worship at that new church development for two Sundays. She also spent an afternoon with the church pastor, Keith. “Our contexts are so different,” she said. “He is pastor of a small church that doesn’t have very many programs. It’s very relational – more like our sister church in Cuba. It was a lovely afternoon of mutual encouragement, learning and listening as we shared a pot of tea.”

Jill said the trip expanded her mindfulness not just of worship in other places, but also in other times. The journey to her grandmother’s church and throughout the United Kingdom provides insight. “I’m not just mindful of those living, I am much more cognizant about the Body of Christ in all times and places. I was worshiping on Iona where Christians worshiped in the 6th century, and at St. Giles’ Cathedral in Edinburgh where the Scottish Reformation began in the 16th century. I drew near to my maternal grandmother’s church in Chirnside, Scotland, where she worshiped from ages 2 to 8. That congregation has gathered for worship reaching back to the 12th century.”

During the last two weeks of her sabbatical, Jill attended the Fuller Seminary class, “C.S. Lewis as Model and Mentor.”  “Lewis was such an important voice in the 20th century. Between these places of worship and what I was reading, I was being formed and connected to the Body of Christ across the centuries. Naturally, we get highly focused on what is happening right now, and it’s right to be present with God’s present-day activity, but I was swept into a much grander story that has been happening for such a long time. This expands your mind and heart.”

“I feel changed since coming back,” Jill said. “I hope I have always been a Christ follower and pastor who thinks globally. I love to consider how we can be praying and serving those outside the walls of Covenant, within and beyond Austin. After my sabbatical months, I am much more mindful of the wider Body of Christ around the world and throughout time.”

“Everywhere I went, I was seeing good practices that churches were doing,” Jill said.

The most overwhelming emotion Jill expressed was gratitude. “I had a palpable sense of the gift of my sabbatical and I’m living with so much gratitude. Gratitude for the sabbatical and the people I got to spend time with – living and dead. I had such a sense of that celebrating and connecting with the body of Christ in all times and places,” she said.

Meeting monthly with her spiritual director in Austin helped her to process sabbatical learnings.  Jill’s spiritual director helped her to pay attention to God’s activity in her life and to hear what the Spirit might be doing or saying. “I was experiencing a lot. Right before I came back to work, we were processing together my journey in Ireland, Scotland and England, which was a highly impactful month. That whole time, the Lord was near.”

At the trip’s end, Jill had a sense of turning a page into a new chapter. “I imagine this new chapter will be a continued story of general pastor duties with congregational care and mission and being faithful to God’s call to follow Jesus in community with others. I have a sense of newness and I am excited to see what is ahead for my next season of ministry here at Covenant.”

Shortly after her return, Jill was in the pulpit, preaching on patience. Jill offered an analogy given by her spiritual director in her sermon (Link), “The ground has been fertilized, it is tilled, it has been composted, all is ready, now you have to wait for the fruit.”

And that will take patience. “The Lord is the one who brings the fruit, which comes because of the Spirit’s activity in our lives. I am eager and expectant and excited – and have a curiosity of what that will look like. I feel open handed and open hearted.”

More than anything, Jill is grateful. “I experienced God’s favor and blessing. It was wonderful!” 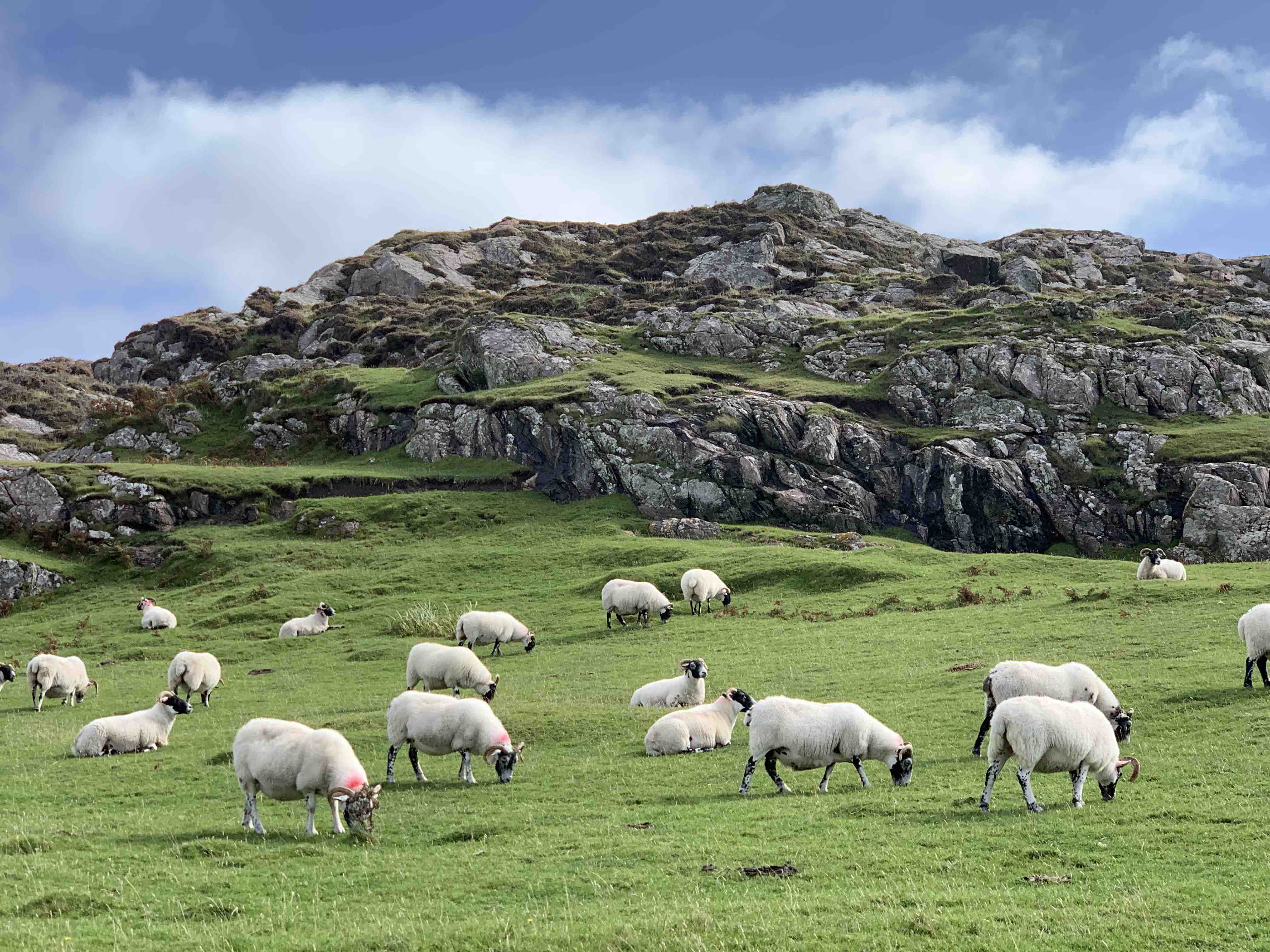